Multiple anthropogenic stressors in coastal aquatic ecosystems are of increasing concem for the general public, habitat managers and ecologists alike. Along with direct habitat loss, aquaculture and invasive species are among those with the greatest perceived impacts (Simenstad et al. 2000, Costa-Pierce & Bridger 2002, Kappel 2005). Bivalve aquaculture is expanding in many countries worldwide, including Canada, and Prince Edward Island’s suspended long-line mussel industry is a major contributor to Canada’s total production of bivalves.

This industry may influence the benthic environment, as bivalve feces and pseudofeces may accumulate on sediments below suspended bivalve aquaculture structures (Dahlback & Gunnarsson 1981). Increased organic loading under suspended mussels may induce changes to sediment chemistry such as increased ammonification and sulphate reduction (Dahlback & Gunnarsson 1981, Richard et al. 2007). In particular, the influence of this practice on the abundance, biomass and diversity of macrobenthic communities under culture sites has been studied in coastal waters around the world. This work has shown that suspended bivalve culture may negatively influence the abundance, biomass (Stenton-Dozey et al. 1999), diversity and structure (Mattsson & Lindén 1983, Chamberlain et al. 2001, Callier et al. 2007) of macrobenthic communities. However, other studies have shown no change or positive influences on benthic macroinvertebrate abundance (Richard et al. 2007, CaHier et al. 2007), biomass and diversity (Grant et al. 1995), as well as little change in structure of macrobenthic assemblages (Chamberlain et al. 2001, Miron et al. 2005). In comparison, little effort has focused on the influence of suspended bivalve culture on the secondary productivity of these communities. This basic measurement ofbenthic community functioning de scribes energy flow through benthic macroinvertebrate communities, which provide an important link from primary producers to higher trophic levels and for the recycling ofsedimented organic matter (Crisp 1984, Tumbiolo & Downing 1994). Moreover, invertebrate and fish productivity form the basis for fisheries management in sorne jurisdictions, including Canada (Departrnent of Fisheries and Oceans Canada 1986, Minns 1997).

In PEI and elsewhere, as noted above, a primary focus of research on the influence of bivalve aquaculture on the environment has been potential disturbances to underlying sediments and associated benthic infaunal communities. However, su ch effects have not been clearly shown on PEI. It has been proposed that effects of mussel aquaculture on PEI could be bay-wide in many cases, and therefore observable both outside and inside musselleases (Shaw 1998, Cranford et al. 2003, Grant et al. 2005, Miron et al. 2005). This is in contrast to studies from other locations that suggest that benthic effects of mussel aquaculture may be limited to an area extending several metres beyond mussellines (Chamberlain et al. 2001, Callier et al. 2007). Although a short-term study by Grant et al. (2005) showed increased sedimentation in a mussel culture site in Tracadie bay on the North Shore of PEI (not included in this study), a study by Miron et al. (2005) in the same bay showed that macroinvertebrate diversity and community structure did not change in relation to the density or age of mussel culture. Further, Shaw (1998) observed high levels of organic matter both inside and outside of musselleases during a survey that included 10 bays used for mussel aquaculture on PEI. In this study, no significant differences in macroinvertebrate abundance, biomass and diversity were observed inside leases, relative to locations outside leases. Bay-wide effects on PEI could be explained by the extent of mussel culture, which occupies a significant proportion of the total volume and surface area of bays, as well as the physical characteristics ofbays and oceanographic features (Grant et al. 2005). As well, other factors in addition to mussel aquaculture are suspected to influence organic loading in bays on PEI (Cranford et al. 2003). For example, organic enrichment in general appears to be increasing through time as shown by Shaw (1998) by comparing the % organic matter of sediments in 4 bays in 1998 to levels from 1971 . Eutrophication ofbays on PEI seems to be well-explained by surrounding land use (Meeuwig 1999), suggesting that terrestrial farming and other practices may be better indicators of increased sediment organic content.

That the present study showed no consistent differences in diversity and structure of assemblages of sediment macroinvertebrates inside and outside of leases is therefore consistent with previous studies examining the benthic influence of mussel culture in PEI (Shaw 1998, Miron et al. 2005). However, this study also de scribes a pattern of decreased total sediment macroinvertebrate abundance inside leases (with non-significant decreases in total biomass and productivity). This trend has been observed in other mussel culture sites (e.g. Stenton-Dozey et al. 1999), although recent studies done in the Magdalen Islands (approximately 100 km north east of PEI) report equal or higher abundance and biomass inside musselleases (Callier et al. 2007, Richard et al. 2007).

Natural bivalve populations have previously been associated with large and diverse benthic macroinvertebrate communities (Nixon 1971 , Tsuchiya & Nishihira 1985). Bivalves in culture, however, are often suspended in the water column, creating a new habitat for benthic macroinvertebrates that may function as artificial reefs (Tenore & Gonzalez 1975, Shumway et al. 2003). Artificial reefs often increase the biomass of macroinvertebrates by increasing the surface area available for settlement (Relini & Relini 1997, Svane & Petersen 2001). However, studies including invertebrates both on reefs as weB as in the surrounding sediment are rare. Steimle et al. (2002) showed that when both these components were included overall productivity could be increased by up to 2 orders of magnitude by an artificial reef, although their results were variable such that the productivity increase may not have consistently compensated for the infaunal habitat covered by the reef. 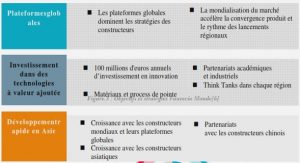 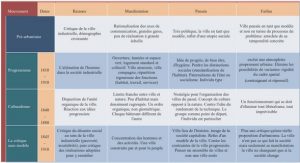 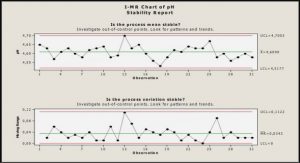 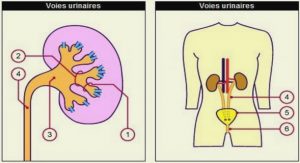 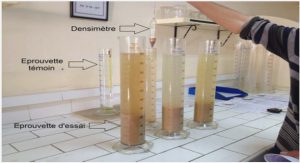