Description of the FDerivatives code

The model implemented in the new FDerivatives code is based on the methodology used in the DATCOM procedure (Williams et al., 1979a) for calculating the aerodynamic coefficients and their stability derivatives for an aircraft. The main advantage of this new code is the estimation of the lift, drag and moment coefficients and their corresponding stability derivatives by use of relatively few aircraft geometrical data: area, aspect ratio, taper ratio and sweepback angle for the wing and for the horizontal and vertical tails. In addition, the airfoils for the wing, the horizontal and vertical tails, as well as the fuselage and nacelle parameters, are designed in a three–dimensional plane. The methods presented as a function of Mach number for a WBT configuration are also given for the other two configurations WB and W in the same four regimes: low-speed, subsonic, transonic and supersonic. The graphical interface is designed to allow the user to select the desired configuration for the calculation of the aerodynamic coefficients and stability derivatives.

From a methodological point of view, the new methods implemented in FDerivatives code and presented in this thesis discus a qualitative approach. These methods promote the approaches that we have used to produce a modern, user-friendly tool for calculating aerodynamic coefficients and stability derivatives.
For the main functions, a general model to implement all the calculation methods was developed and used in the new code. This model allows for easy replacement of the methodologies implemented, including adding new methods, and simplifies the debugging process.
Compared to Digital DATCOM’s applicability limits, the FDerivatives code adds several enhancements. The possibilities of calculating have been extended to wings with variable airfoils along the span and negative sweepback. Different approaches to calculate the drag and pitching moment of the aircraft allow the results for the drag coefficient to be refined, and significantly improve the coefficient of pitching moment results. The improvements added to FDerivatives code versus Digital DATCOM code are detailed in the paragraphs that follow.

The aerodynamic coefficients and their stability derivatives based on the DATCOM method have been estimated in the literature. Some methods were adapted directly from the original method and others combined DATCOM with the vortex–lattice method. Grasmeyer (1998) has estimated the stability and control derivatives of Boeing 747–100 aircraft using a method adapted from the USAF Stability and Control DATCOM. MacMillin (1996) has used a similar approach for the High–Speed Civil Transport (HSCT). The baseline stability and control derivatives were estimated using the vortex–lattice method, and then the DATCOM method was used to increase these baseline values with the effects due to vertical tail geometry changes.
A computer code for calculating the dynamic stability derivatives of an airplane from static wind tunnel tests was developed by Chang et al. (2004). This methodology was mainly based on the DATCOM method, but the wing and tail static coefficients were obtained from breakdowns of body, wing–body, and tail–body tests instead of from direct tests of each component. Evaluation of the code was carried out for a Standard Dynamic Model of a twin prop airplane. The results of this code were better than results achieved with DATCOM.

Another, more expensive method in terms of computational resources, and therefore in calculation time, is the use of CFD methods, fundamentally based on the Navier–Stokes equations. The steady (time–invariant) aerodynamic forces and moments are defined at different flight conditions expressed in terms of Mach numbers and angles of attack . This model required the extension of standard (inertial) CFD formulations to non–inertial reference coordinates systems, in which the aerodynamic forces corresponding to the steady flows around the moving aircraft are numerically calculated. The advantage of a CFD method lies in the way in which the aerodynamic forces are defined as functions of motion variables.
A low–order panel method code on a simplified F–16XL fighter configuration was presented in Green et al., 2004, where the twist effects on the performance of a finite wing of arbitrary shape were also determined. This approach was based on Prandtl’s classical lifting–line theory, where the Fourier coefficients depended only on the wing geometry.

The Weight Functions Method (WFM) has been applied in various engineering fields. For example, it has been used to determine stress factors for crack problems. The WFM was applied by Yoichi et al. (2003) to solve two- and three-dimensional crack problems and to calculate stress intensity factors for arbitrary loading conditions. Their application has been generalized to calculate the response analysis of structures and to solve two-dimensional elasticity and plate bending problems. The weight functions method was found to be useful for analyzing structures subjected to a variety of loading conditions, since the responses expressed in terms of displacements and stresses may be calculated by integrating the inner product of a universal weight function and a load vector. The stress intensity factor for a patched crack within an infinite plate was successfully numerically validated using the WFM .
Paris et al. (1976) presented a method that is an alternate use of Bueckner and Rice’s proposal (Rice, 1972) for the deviation of a two-dimensional weight function to eliminate crack tip stress intensity factors. A generalized weight functions method was developed by Wu et al. (1983) based on applying Maxwell-Betti’s reciprocal theorem to the equivalent cracks problem involving mixed boundary conditions. Fett (1991) contributed an analytical solution for determining stress distribution using a weight function based on the Boundary Collocation Method. Schneider et al. (1989) used a closed-form weight function formula to calculate the stress intensity factor of an edge crack for an elastic disc. A three-dimensional linear elastic fracture mechanics (LEFM) problem was also solved using the WFM . 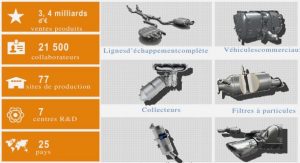 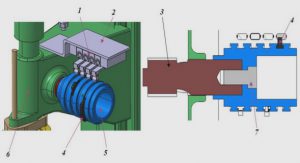