Missionaries and the Spread of European Education

To transmit God’s message, which was the basic aim of learning, the missionaries needed literacy. Thus, they established mission schools where their African converts read the Bible. These religious institutions encouraged Black nationalism since they were the primary source of the Black South African educated group that voiced its people’s indignation and distress .
The clergymen found themselves in a paradoxical situation. Though the Church preached equality between the Whites and the Blacks, it followed the pattern of racial segregation prevailing in the South African society. The Black clergymen did not receive a honored treatment because they received lower salaries than their White mates and were not given the same responsibilities.
A white priest held his black mate in contempt and looked at him as an inferior person not fit to accomplish his duty correctly. The disparity between the words and the deeds shocked the black ministers and pushed them to establish African churches. This movement was called Ethiopianism , after the use of Ethiopia as a name of Africa used in the Bible.

Educational Development in the Four Provinces of South Africa

In all countries under European civilisation, the organisation of formal education passed through three practically well – distinct stages.
In the first stage, the condition and control of education was exclusively a Church matter because churches and monasteries provided the schools with priests and ministers who were the teachers. The resources of the Church became inadequate to supply the educational needs when the population was growing rapidly. Therefore, a following stage was needed. It was the provision of aid, mainly financial, by the State to the churches to enable them to expand their educational activities .
However, the failure of the churches, even with State aid, brought about the third step in which the State stepped in, and provided education independently from the organisations of the churches.With its unlimited resources, the State soon became responsible of the educational field except a few big schools which remained under the Church control. The transition from pure Church control to State – aided Church control and then to State control in the 1890’s made the churches lose all say in the running of the schools .

The Emergence of a New African Educated Elite

Though the presence of Christian missionaries was traced back to the sixteenth century, their work became significant only towards the end of the eighteenth century. Most missionaries came from urban centers and the majority of them originated from middle and lower class.
Their early formation was their faith only, but later on, it was necessary for the missionaries to receive a training which would help them in their contact with the natives of Africa.
Missionaries‘ impact was one of the most important factors which influenced the South African elites. Through their teaching, European missionaries introduced new concepts and norms to African children, transformed their character, and contributed to the growth of a Westernized African educated elite. Most South African leaders attended various missionary institutions. Yet, Criticism of the education provided by the missionaries and colonial regimes had been widespread throughout South Africa .

The Emergence of the Afrikaner National Party

To deal with the emergence of the Afrikaner White National Party(NP) that directed the South African government for more than fourty years, it is necessary to have a brief look at its early existence and its development through these years.
On October 11, 1899 , the Boers –the descendents of the early Dutch settlers- of the Transvaal declared war against Britain. The Boers were initially victorious when their commandos reached both the Cape and Natal but they attempted to reduce the British strong points at Kimberly and Mafeking.
Even after the arrival of the British additional forces, the Boers continued to win. After discussions, the Boers’ leaders voted to accept the terms offered by Lord Kitchener, the British commander at the time.
The British promised to grant internal self-government at an early date. The Peace Treaty was signed on May 31, 1902 . After the fall of power of the conservative government in London in 1905, the new cabinet of the Liberal Party (LP) was set up to regain the friendship of the Boers. The Liberal Party leadership granted responsible government to the Transvaal and the Orange Free State with purely White electorates, having not only the Black Africans but also the Coloured and Indian population permanently without a political voice.

The Enforcement of Apartheid Policy up to the 1960’s

Concerning Black-White relations, the champions of the two main parties that fought the election were Smuts and Malan who had much in common. They had known each other since they were children in the little town of Riebeeck West in Cape Province ; then, they were classmates at Stellenbosch University. The two had, for decades, supported the policy of segregation and saw no way it can be replaced. They were proud to be Afrikaners and found educated Blacks troublemakers.
When Apartheid was primarily a slogan for winning votes, Malan had no idea how it might be executed and made in practice later on .
In deciding his election tactics, Malan faced a difficulty because the single concern that had united his nationalist supporters ever since his break with Hertzog in 1934 had been republicanism . For that reason, Malan and his colleagues did their best to provoke fear of communism through voters describing Smuts as a communist and drawing attention to his admiration for Stalin as a war – time friend . As the election approached, only one matter seemed capable of swinging voters to Malan, the issue that motivated the Nationalists, the Whites widespread dislike to the Blacks who were seen as a national danger.

Introduction
Chapter One: Colonial Occupation and Missionaries’ Work In South Africa before 1948
I. A Background to Colonisation ( 1745-1948)
II. Missionaries and the Spread of European Education
III. Educational Development in the Four Provinces of South Africa
III.1. The Province of Cape Colony
III.2. The Province of Transvaal Colony
III.3. The Province of Orange Free State Colony
III.4. The Province of Natal Colony
IV. The Emergence of a New Educated Elite
Chapter Two : Apartheid as a New Political Policy against non-Whites, mainly Black South Africans, after 1948
I. Apartheid as a New Concept
II. The Emergence of the Afrikaner National Party
III. The Enforcement of Apartheid Policy up to the 1960’s
Chapter Three: The Impact of Education and Students’ Consciousness of South African Nationalism up to 1977
I. Cultural Nationalism and the Rise of the Black Students’ Organisations
II. The Black Students’ Resistance in South Africa
II.1. Gandhi’s Passive Resistance and its Aftermath
II.2. Soweto Uprising as a Turning Point in the Black Resistance and Struggle for Freedom
III.3. Political Nationalism and the ANC Armed Struggle
Conclusion 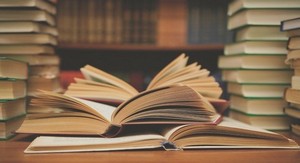 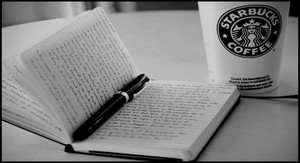 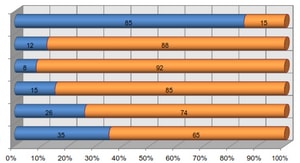