Aerodynamics basic principles were mainly defined in the boundary layer studies. The boundary layer is defined as the area where there is fluid flow between a solid body, for which the flow velocity is zero and the other speed of the fluid flow at infinity. It was described analytically by Prandtl in 1905. The boundary layer is the flow attached close to the wing of an airplane. Inside the boundary layer, the velocity of fluid flow rapidly varies from zero to the free flow speed, while the effects of fluid viscosity are greater.Laminar flow characterized by a uniform velocity profile becomes turbulent when the Reynolds number is greater than the critical Reynolds number. Thus there is a laminar boundary layer and a turbulent boundary layer where the frictional drag is much greater than for the laminar boundary layer. This frictional drag is undesirable for any aircraft, since it degrades the performance of its wings, and therefore of its entire structure. The area bounding the two laminar and turbulent flows is called the transition flow region.
The morphing wing concept is one solution (among many others) put forward to act against the degradation of the aerodynamic performance caused by the induced drag in the boundary layer. Using this technology, the aerodynamic performance can be improved by pushing the transition point towards the trailing edge. Wing morphing achieves this transition delay by changing the wing shape in real time according to the flight conditions.

Work on wing morphing, especially on changing aircraft wing configurations for different missions and objectives, started with the beginning of modern aviation by the Wright brothers in the early 1900s. The cables fixed by them on the wings allowed lift variations, and improved further the controllability of the aircraft during flight.
Following the concept introduced by the Wright brothers, the morphing wing concept has progressed significantly in the last decade in terms of research work accomplished by many other researchers in the field. From these research works, it has been observed that two categories of concepts can be distinguished: ‘morphing wings with radical geometry change’ and ‘morphing wings with smooth geometry change’. Both categories target the same objective: to increase the wing performance and aircraft maneuverability over the whole flight envelope. Thanks to the more recent technological advances.

A drastic change of wing configuration makes it possible to increase or improve aircraft flying performance over the flight envelope. Such variations facilitate the adaptation to a new mission. This kind of morphing requires a large-scale change of parameters such as the span, wing area and sweep angle. (Jha and Kudva 2004) revealed that NASA and Defense Advanced Research Projects Agency (DARPA) initiated a program with the aim to accomplish different missions during a single flight. The designers focused on achieving a wing structure capable of a 200% change in aspect ratio, 50% variation in wing area, 5° degree variation in wing twist and close to 20° change in wing sweep angle. Morphing wings with radical wing change can be classified in different categories depending in which plan the deformation or wing variation takes place. The deformation can therefore be ‘in-plane morphing’ and ‘out-of-plane morphing.

(Abdulrahim and Lind 2004) got inspiration from the nature to design and manufacture a morphing wing vehicle with wings similar to gull’s seabird wing to better understand the effect of this kind of wing configuration on the flight characteristics of a reduced scale aircraft, and to investigate its aerodynamic benefits. To imitate the roll control implemented in the Active Aeroelastic Wing (AAW) Flight Research Program by (Pendleton, Bessette et al. 2000), the demonstrator was equipped with an articulated wing-tip mechanism that modified the outboard area of the twisting wing, and further maintained the flexibility of the structure, while maintaining roll control. The authors only used a linear actuator fixed on the fuselage, and a jointed spar system to realize all the desired wing configurations typically observed on seagulls.

Many different techniques involving mechanical systems could be used to resize the wing span, including mechanical systems with telescopic actuators and scissor mechanisms. (Neal, Good et al. 2004) proposed a span-wise segmented wing using a mechanism based on telescopic pneumatic cylinder actuators to achieve two different configurations: a fully retracted, and  a fully extended wing. Wing compression and extension were realized in the span-wise direction, so that the wing’s cross sectional area was reduced from the wing root toward the wing tip. One segment has slided into an adjacent segment, thus it changed the span length. Their experiments realized with a wing model revealed a span variation of about 38%. This work used a direct current (DC) motor as an actuator to perform planform morphing. The proposed morphed concept was designed to change the span and sweep angles, and the experiments revealed that a wing span geometry has also changed significantly.
The Bell X-5 was the first aircraft equipped with a system allowing the wing to change its sweep angle in-flight. It was inspired from the FP.1101 developed by the Germans after the Second World War. Three static sweep angles of 20, 40 and 60 degrees could be accomplished during flight. The Bell X-5 was able to go from its maximum to its minimum sweep angle within 30 seconds (Wikipedia, 2016).

Actuation mechanisms and morphing concepts are often linked. This means that to realize a deformation on compliant materials (a morphed skin) which covers a wing section, an actuation mechanism, in conjunction with actuators, should be used to push or pull the compliant structure.
Any type of aircraft or UAV can be a potential candidate for implementing the morphing technology; for exemple AMADOR (2003) developed a morphing-compliant mechanism system for its UAV vehicle. It was a three degree of freedom mechanism based on the Stewart Platform Parallel Manipulator. Two adjacent ribs were linked by a linear hydraulic actuator, and a middle spar was introduced between ribs to increase the stiffness of the structure. Numerical studies of the system revealed that a maximum force of 60 N could produce a 20 mm maximum actuator displacement. It was also observed that with such a configuration, a maximum morphing of 21 degrees in pitch, 20 degrees in yaw and 6 degrees of roll could be achieved.
(Munday and Jacob 2002) used piezoelectric actuators integrated inside a structure to control the boundary layer over the upper surface of a wing. The idea was to maximize the lift-to-drag ratio to enhance the wing efficiency. Their experiments revealed that for the non-morphed case, flow separation occurred at 8 degrees of angle of attack, and for the morphed case, the flow separation occurred at 14 degrees with the actuator located between 55% and 75% of the chord length.Another study was conducted by (LeBeau, Karam et al. 2010). A modified THUNDER (Thin Layer Composite Uni-Morph Ferroelectric Driver and Sensor) actuator initially fabricated by the NASA Langley Research Center was used to change the shape of a profile based on the NACA 4415. In order to obtain a flexible and smooth wing surface, a latex membrane covered it. By exciting the actuators with a voltage of about 300 V, a wing upper surface deflection was detected via the instrumentation. The authors observed promising results in a wind tunnel with this type of actuation system. The higher the oscillation frequencies were, the later the flow separation appeared. 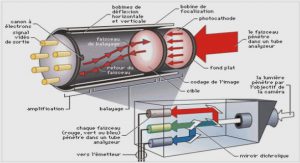