One kind of definition of disaster centers on the relative occurrence and consequences, otherwise explaining disasters as events that are low-probability andincur a large destruction (Perry, 2007; Quarantelli, 1987). The variables important in this definition are the probability of occurrence, the level of loss and the relative impact. Firstly, the low probability of occurrence suggests that there are uncertainties surrounding these events. Given technological advancements, modeling capabilities and scenario analysis, the interest in uncertainties and the risk of disasters are dealt with in terms of emerging risks and complex disasters.Nevertheless, uncertainty and risk are considered inextricable (Knight, 1921). Therefore, disasters provide data that allow to reevaluate risk and uncertainties, which are important for informing risk management and reduction practices (Berkes, 2007). Secondly, definitions of disaster refer to an event that is characterized by a high magnitude of damage and loss. These damages and losses are often categorized as tangible and non-tangible, and include damage to people, assets and the environment, with increasing attention to cascading affects such as disruption to social and business activities and even impacts on global value supply chains (OECD, 2011). Loss is distinguished from individual experiences with a traumatic event and aggregated consequences. Most definitions of disasters refer to an event that impacts a large group of individuals by a single event, which make them collective experiences (Tierney et al., 2001). Then we should ask if there are agreed upon thresholds and when they are reached does it mean that an event is unanimously defined as a disaster? It is suggested that they are quantitatively defined on the basis of number of fatalities and monetary loss relative to thresholds which distinguish them from mere incidents (Alexander, 1997). For example, databases often set a minimum damage and loss threshold to systematically gather data on disaster and categorize them. EM-DAT criteria for inclusion of events requires at least ten fatalities and at least one hundred people affected (EM-DAT, 2019).Some definitions of a disaster describe the characteristics of the event such as its source and the temporality of impact. Shaefer (2003) suggested that a disaster is. Both of these definitions attempt to characterize the event either by pointing to the trigger that could be natural or man-made and the duration of impact. Disasters are not only events that entail an immediate impact but include events where negative effects are realized over time. The UN Office for Disaser Risk Reduction (UNDRR) also provides sub-points to clarify its definition of disaster, which includes: i) small-scale disaster, ii) large scale disaster, iii) frequent and infrequent disasters, iv) a slow onset disaster, and v) a sudden onset disaster (UNDRR, 2017). This need for clarification suggests that there are different kinds of disasters, involving different hazards and physcial forces, temporalities and scales of impact.

The interest in reviewing the terms in the literature on disasters is not only because they may be used interchangeably but because they can explain many different kinds of events.  Different kinds of events such as pandemics, industrial accidents,cyber-attacks and extreme weather can be labeled a disaster. Each of these events imply low probability, disruption and destruction, and reveal limitations of technology, organizational risk management practices and social structures to control or prevent the event, as suggested as main variables in the definition of disaster discussed in the previous section. However, the work on classifying disasters and relevant criteria has been discussed conceptually and in practical terms to manage databases. Most data-bases on disasters broadly classify events across man-made, technological or natural (Sapir & Misson, 1992). The EM-DAT database covers several categories, sub-groups and sub-types to classify disasters (Table 5). These nine different classifications of disasters set by the EM-DAT database require a minimum threshold for each type of event yet includes different kinds of occurrences.

In this part of the literature review, the focus is on the concept of risk and the governance structures that drive disaster risk management policies and practices toaddress hazards, exposure and vulnerability. While the previous part focused on the conceptual relationship between vulnerability and disasters, risk governance envelopes a framework of stakeholders, tools and decision-making processes that aim to reduce the potential consequences of disaster risks, also referred to as mitigation, prevention and preparedness measures (Renn & Walker, 2008). Asdisasters are also complex events, as just described in the previous section, because they involve different kinds of physical forces and uncertainties, risk reduction is equated to vulnerability reduction, which involve different tools, expertise and approaches (Cardona et al., 2012) The literature on disaster risk management and similarly risk management in organizations suggests that managing risks and reducing them is complex because decision-making is often based on available data derived from previous events around an anticipated future. Decision-making around risk and uncertainty bring interest into risk perception, judgment, values, trade-offs and interests that can influence choice (Kahneman & Tversky, 2013; Renn, 1998). At the same time, risk has been described as a ‘driving force’, meaning it has an agency quality that frames organizational management and governance regimes (Hutter & Power, 2005; Renn, 2008). Furthermore, the literature on risk sheds light onto some barriers or challenges that play a role in disaster risk management because they also help explain the underlying drivers of vulnerability. Here we present some of the literature that discusses the concept of risk and its significance to framing complex risk governance frameworks that intend to manage and reduce disaster risks, hazards and vulnerabilities.

Disaster management and disaster risk management are different approaches. Risk refers to the pre-existing conditions associated to damage, otherwise known as exposure and vulnerability as was the central theme of the first part of the literature review (Cardona et al., 2012). The significance of this distinction here, is that they frame how we manage and deal with disasters in anticipation and to cope with their effects. Therefore, the former is response-based and the latter views the problem of disasters in terms of not only damages and losses, but also the natural hazard and associated effects. The first part of the literature review dealt with the concepts of vulnerability and disaster, the former explaining how and why the conditions of a hazard-prone area became that way and the latter on different kinds of physical forces. While the hazard cannot be influenced, vulnerability and exposure can be through various risk reduction policies and management practices. Hence, the interest in this part of the literature review is on the concept of risk that shapes those different planning tools and policies to deal with risk, otherwise referred to as risk governance regimes. Risk has been studies by a wide range of disciplines, which explains why risk governance structures aim to integrate the entire portfolio of expertise to tackle the risk problem (Renn, 1992). Engineers, contractors and managers tend to approach risk from a technical perspective defining it as a value measured in probabilities (Knight, 1921).  This realist approach presents risk objectively, as a probability based on scenarios that assess the likelihood of an event in the future and an outcome (Bradbury, 1989; Hope, 2017). Such an angle in risk governance permits to deal with risk as a tangible peril, or simply the probability of a certain outcome, which could be positive or negative (i.e. a hazard). Disaster risks, as the main interest in the thesis are defined by their low probability occurrence and associated negative effects (Quarantelli, 1995), which shape certain kinds of governance arrangements.

The role of insurance in disaster risk governance

Disaster preparedness often refers to a variety of mechanisms in place to enable response and coping, structurally (e.g. physical readiness) and socially (Tierney et al., 2001). This involves early warning systems, evacuation plans, community plans and financing mechanisms. Here preparedness will be presented through the lens of insurance. This is because in the disaster risk management literature, insurance is often an integral instrument in financial preparedness while at the same time plays an important role in risk governance frameworks (Ericson et al., 2003; OECD, 2015). The interest in insurance as governance is explained by the various arrangements between the private and public sector to design an insurance market for disasters that can overcome several challenges, which will be explored in this section. These insights from the literature on disaster insurance provide a perspective on another governance aspect to be reflected upon in the analysis of the case study, such as why the French disaster insurance scheme has been set up in its unique why and what are the benefits and challenges to this particular set up.The literature on insurance in disaster risk management are important for the analysis because it sheds light on risk governance and the various arrangements between insurance and the government in financing disaster risks. Insurance is a technology of risk, working on the logic of probabilities, where the premium represents risk as a financial object set in the future (Ewald, 1991). Insurance has an important role in the governance of risk management by having informationgathering capabilities and a large portfolio to diversify risks that can help absorb the costs and facilitate compensation, that would otherwise be a costly budget forthe state. In addition, insurance provides insight on decision-making and choiceunder risk and uncertainty, including the notion of moral hazard, as studied by behavioral economists and psychologists (Faure & Bruggeman, 2008; Hudson, Botzen, Czajkowski, & Kreibich, 2017; Rothschild & Stiglitz, 1976). The next section describes in more detail these various elements found in the literature on insurance for disaster risks, with a particular focus on risk governance and natural hazard induced disasters. Insurance as a risk management technology refers to very basic dynamics of a solvency cycle. The time lag between collecting premiums and compensation makes insurance an efficient firm in financial risk management because it is complimented with large pools of risk spreading. Diversification of risks is done by spreading insurance policies across different segments of society with different risk exposures. To ensure sufficient capital is available, insurance engages also in spreading risk across a platform of financial institutions, banks and reinsurance to protect against solvency12 (Baker & Moss, 2009). Insurers compliment investment capital in the political economy also by providing extra tax revenues to the state (Ericson et al., 2003). The main sources of funding come from premiums, but also include reinsurance coverage and government funding either in compensation or reserves (Paudel, 2012) 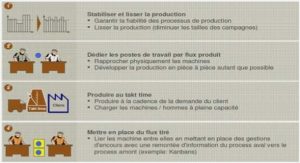 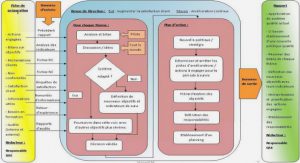 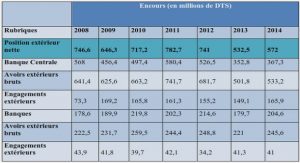 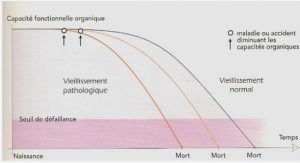 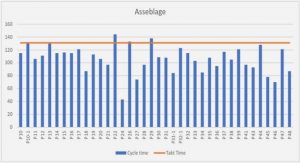 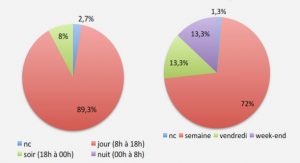 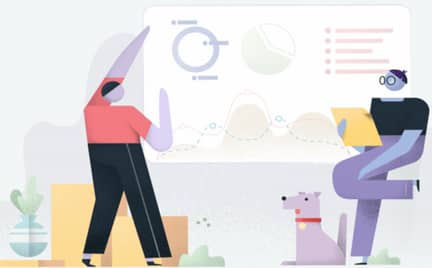