Mineral resources play a very important role in the development of our society. The vast exploration in the last decades results in the shallow resources rarer and rarer; therefore we are facing the challenge to find new resources at the depth. Geophysical methods are widely used in mineral exploration due to the advantage of deep penetration and tomography ability for the interior structure of the Earth. Among number of geophysical methods, the electromagnetic methods are especially useful in base metals exploration. The Abitibi greenstone belt is well known rich in gold and base metals. In order to increase the deep exploration capability of electromagnetic methods, we can either increase the power of the transmitter and the sensitivity of the receiver; or go cl oser to our target. Nowadays, we got two electromagnetic methods in which the receiver is placed closer to the target, they can explore deeper, acquire higher accuracy field data and they also have  higher sensitivity, and they are now widely used in massive sulphide deposits exploration. They are cross-borehole electromagnetic and borehole electromagnetic (BHEM) methods. The sensitivity study analysis shows that the cross-hole EM data from boreholes separated by 100 meters can detect subsurface lay ers as thin as one meter (Wilt et al., 1991 ); the sensitivity of BHEM is less than that of cross-borehole electromagnetic. Both methods acquire the signal directly in borehole. It is very effective in exploring the blind ore which locates besides or under the drill-hole.

BOREHOLE MEASUREMENT AND THE BASIC THEORY OF BOREHOLE ELECTROMAGNETIC METHOD

The advanced measuring instruments can record simultaneously three components, which are axial component, and two transverse axial components. Compared with the traditional electromagnetic methods, it is not necessary for BHTEM to do correction with the decay of primary field and the tilt of drill hole, because any anomaly observed in hole is attributed to the geometry and conductivity change of the conductor. But, because of the complicate coupling relationship between the transmitting loop, conductor and receiver, the data interpretation is still very difficult.

In order to better characterize borehole electromagnetic signais’ variations with multiple variables, we firstly design five typical transmitter loop locations such as north, south, east and west around the hole, and one centred over the hole . When the receiver probe moves in the hole, the rocks between the transmitting loop and the path of the receiver are investigated for anomalous conductors. Then, we use a thin plate model to simulate the conductor and simulate its electromagnetic response by varying its buried depth, its position with respect to the drill-hole, and its dip angle.

We suppose that the conductor is a thin plate and placed in free space; and the electromagnetic field is assumed to be quasi-stationary, i.e., to involve only induction effects. Thin plate means the thickness of the plate is negligible  compared either with the lateral dimensions of the plate or with the distance to the points where the magnetic field of the secondary field is calculated. (LAMONTAGNE, 1971) .

For simulating a thin plate’s electromagnetic response, we use commercial software named Maxwell (EMIT), which is based on circuit them-y. The problem is posed in tetms of mutual inductances of the conductive ribbon elements into which the plate is divided. Consequently, the CUITent is forced to flow within the path assigned by the ribbon. This is similar to assuming a reasonably uniform primary field excitation. The simulation of different plates can be realized by using ribbon elements with different width; and every ribbon element is simulated as an equivalent circuit. The equivalent mutual inductances include:
1. Between any two rib bon elements.
2. Between any ribbon element and the transmitter or receiver.
3. The mutual inductance between the transmitter and receiver.

With the Maxwell, we can easily set up the survey line’s parameters (line length, orientation and observation points) through the window showed below. We suppose the drill hole has a dip angle of 60°, an azimuth angle of 90°, and the number of survey station along the drill hole is 21, with a spacing of 25m between stations.

BHTEM is a new prospecting method and several measurement systems are in development over the world. There are still many studies to be done; for example, mineralized bodies are often massive or lenticular who have certain thickness. It is valuable to do mode ling with a prism or other volumetrie models instead of thin plate. Doing so, more components will be observed (three components instead of two ), we will have more constraints on the BHTEM interpretation and consequently we have a higher spatial resolution about the occurrence of the model. This work will be done in near future. 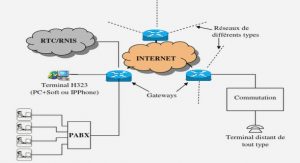 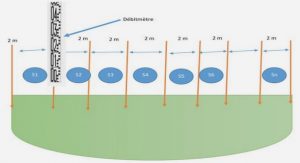 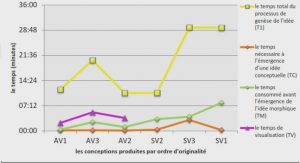